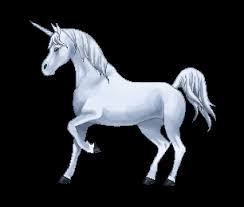 Haystacks, Needles, And Unicorns In Japan

HAYSTACKS, NEEDLES, and UNICORNS in JAPAN

In Silicon Valley a Unicorn is a technology driven Startup Company that reached a valuation of at least one billion dollars.

So… what does that have to do with recruiting candidates in Japan? In Japan, where there are more jobs available than candidates we think of a unicorn in the more traditional sense, i.e., “A legendary creature”. We use the term to describe that 30 to 40 year old successful sales person, who speaks English at least at business English level, has only worked for one or two companies, and is willing to go to work for a foreign firm.

Japan has many haystacks (companies), millions of needles (employees), but very few unicorns. Even the needles, while perfect for the Japanese companies, may not be so perfect for the foreign firms. For example, most Japanese firms don’t need much, if any, English to be used in their day to day business. Foreign firms usually need employees who have sufficient language skills to be able to communicate with their boss, teammates, and managers in the overseas offices.

Japanese and the TOEIC test
In 2014 nearly 2.4 million Japanese took the TOEIC proficiency test, which is an international English proficiency exam comprised of 200 multiple choice questions. The maximum score is 990 points and a score of 785 or above indicates an ability to work proficiently in English. The average score in Japan was 512, which is in the range of Elementary Proficiency Plus. People at this level should be able to handle predictable face-to-face conversations and satisfy limited social demands. However, work situations where they may be required to sit in on phone or video meetings will be difficult for them. Especially when the head office has a number of people sitting around the conference table, speaking rapidly, and sometimes at the same time. Video conferences are somewhat easier, but phone conferences are more difficult for the Japanese staff. I once had a client tell me that when they have phone conferences with their head office, a well-known social media company in San Francisco, she misses out on 90% of the conversation. She told me that she often wants to ask a question, but by the time she formulates and rehearses the question in her own mind the conversation has already moved on to the next topic. Her frustration at not being able to contribute grew until she left the company. Ironically, she was one of the better English speakers in the office.

We generally advise against using a TOEIC score as a decision point for interviewing a candidate. We have interviewed many candidates with TOEIC scores in the “Limited Working Proficiency” range (605-780) whose English is actually at a very high level or in some cases near native. Their test score may be from 15 or more years ago, but they’ve been using English in their work on a regular basis and have learned practical English that enables them to work confidently in the language. On the other side of that coin, we’ve seen candidates with a score of 950 who may read and write English well, but struggle to keep up with a business conversation.

This article isn’t meant to imply that in order to succeed in Japan your company needs a room full of high level English speakers, but the reality is, most companies do want candidates who can handle business meetings and conversations in English. Are those needles out there? Sure, but they are well hidden in those haystacks and unless you’re working with a recruiting firm that first of all understands your company’s needs, and understands your business, and very importantly knows where to find the candidates who match your company’s needs and skill requirements, the unicorns will evade you.