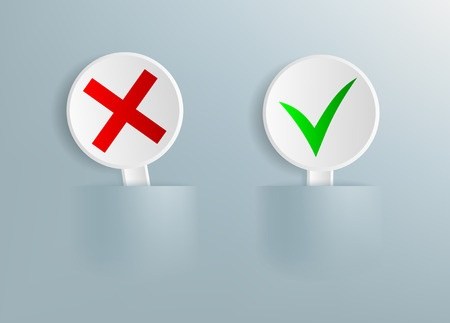 The Candidate Who Didn’t Get Hired

However, at the end of the interview process the client generally can only hire one person for the job they have open. This means that only one of the candidates we introduce may get the job. This is great for our clients, and we are happy that one of our candidates has been hired, but of course that means that the others we introduced have not been hired for that particular position.

We certainly appreciate the time and effort of each candidate. The process can take a lot of each candidate’s time, just as it has taken a lot of our time. It also takes much focus on both parts. At the end of the process the candidate(s) who were not hired may even feel exhausted from all the time spent preparing a resume, meetings with us, emails and phone calls, and one to several interviews with the client.

At this point – when the candidate learns he or she is not the person chosen and hired for the job – it would be easy to just say, “Okay, that’s it; I’m done with that company’s interviews and I’ll just move on to the next opportunity and forget about that company and the people I met there.” Some candidates may send a short note or email to the hiring manager and some won’t even do that. They might think, ‘What’s the point anyway? I wasn’t hired.’ Actually, there is a point. The point to keep in mind is that it is important to keep all of your work relationships as friendly and open as possible, whether they are current or potential relationships.

If you are the candidate who was not hired keep these important points in mind:

Remember to say Thank You

This is the most important point to remember. You should say “thank you” every time you interact with someone in the interview process. You may not have gotten what you wanted – the job – but you should still show your gratitude. “Why?,” you may ask. Well, just think about it. The people from the hiring company’s HR Department, the hiring manager, and anyone else who interviewed you most likely spent many hours preparing the job specifications, reviewing applicants’ resumes, talking on the phone with us, sending and responding to several emails, and setting up interviews. The fact that they considered you in the first place, and took the process far enough to meet with you, shows that they saw something in you. So reach out to this person like they reached out to you originally. Your objective is to leave a “good taste” about you with them so that they will consider you in the future for other jobs.

Show Your Interest in Future Positions

If you would still be interested in this company for any future positions that may open up you can, either directly (when you write to them) or through us, ask that you be considered. This will let the company know about your interest in them and it shows you are happy to be considered for further opportunities. You can tell them that the position you were just turned down for is not the only position you are willing to consider. If you are qualified for other positions the hiring manager may remember you when other jobs open up.

You should wish the hiring manager good luck. This shows them that you don’t have any hard feelings about not getting the job, and you care about their company. This is something many hiring managers look for in potential candidates. Doing this let you end your message to them on a confident note.

There is no reason to be rude or petty when a company turns you down. You never know when you may meet them again, so it’s very important to keep your self-control and act as if you were still in the running for the job. Be congenial and gracious and you will go far in your future job interview.